Are we there yet? Why women need to keep advocating for universal child care 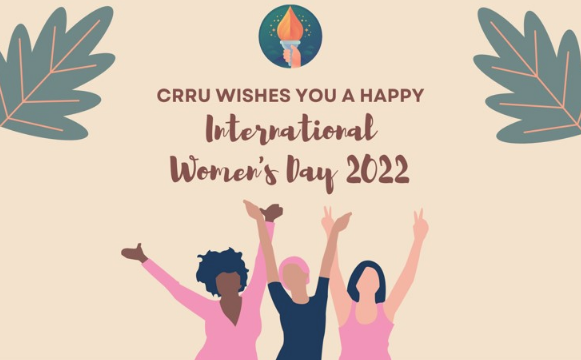 International Women’s Day has always been an occasion for Canadian child care advocates to underline why and how women’s equality can’t become a reality without universal child care.  At different times, we’ve put forward 10 reasons child care is still a women’s issue, cited the Royal Commission on the Status of Women’s 1970 call for a national day-care Act, and recalled the 1986 federal Task Force on Child Care – the first significant Canadian child care report.

On IWD last year, we “continued to highlight the unfinished business of women’s equality and universal child care”. But only a month later, the federal budget made a historic commitment to building a universal child care system, with almost $30 billion earmarked over the first five years. This, advocates agreed, was a lot more than just baby steps.

The April 2021 budget speech promised “a feminist, intersectional Action Plan for Women that will work to push past systemic barriers and inequities, for good”, with universal child care at the top of the list. We were prepared for a significant child care commitment in the budget speech but didn’t expect our own language to be echoed back: “Waiting for 50 years”. “Universal”. “Non-profit”. “Social infrastructure”.

The federal government began to put the child care commitment in place quickly, signing the first bilateral agreement with British Columbia on July 7. Today there are federal agreements with 12 of the 13 provinces and territories, with Ontario the only foot-dragger. Money has started to flow to services to reduce families’ child care expenditures and work has begun on wage grids for early childhood educators in most provinces/ territories. Many other changes are also underway.

This is not the first time a federal government or opposition party has promised Canada-wide  child care. Brian Mulroney’s Conservatives, to Paul Martin’s Liberals, the NDP under Tom Mulcair and Michael Ignatieff’s Liberals all promised child care initiatives, all of which failed to launch for one reason or another.

The Trudeau government’s 2021 child care plan is not only the most ambitious proposal – both from policy and financial perspectives – but also the first to have made it past the promise stage, through securing the agreements with provinces/territories to lay the groundwork, to the implementation stage.

Significantly, there has also been unprecedented recognition of the key role the feminist movement has played in making this happen. Historian Lisa Pasolli wrote shortly after the April 2021 budget: “Freeland positioned her ELCC plan as the culmination of a “half-century of struggle” that began in 1970, when the Royal Commission on the Status of Women called for a national day care program. That proposal emerged out of and helped to fuel a period of passionate feminist organizing for more and better child care”.

So what’s next? That we are not “there” yet is obvious. The feminist goal has long been the same: a system of affordable, accessible, inclusive, high quality child care for all across Canada. Making this a reality means replacing the child care market with a publicly funded, publicly managed child care system. It requires a decently paid, well respected child care workforce  and enough equitably distributed public and non-profit spaces in all communities to make reliance on for-profit and unregulated provision a thing of the past. The system must be designed for full inclusion of children and parents with disabilities, provision for people with different work arrangements, and responsive programming that reflects and respects diversity. Government child care policy must respect the right of Indigenous Peoples to self-determination.

This means that even when Ontario finally signs the last of the 13 agreements, we won’t be there yet. Building a quality child care system for all is a big, complex and multifaceted task. It’s been called a journey, not a marathon.

What is needed next to meet the ambitious goals is a period of focused transformational system-building. The universal child care system will be built by developing funding policy that funds services rather than giving cash or fee subsidies to parents. It also requires sufficient expansion of non-profit and public service supply and paying serious attention to workforce issues in all regions of Canada, mechanisms to ensure public management and democratic participation, and developing the data and research needed to ensure public accountability and know child care is on the right track.

There is no doubt that continued, concerted advocacy by the women’s movement is crucial to moving forward this ambitious Canada-wide project. This is especially so in a federation like Canada, where multiple governments of varying political persuasions will have a hand in how the cross-Canada child care plan progresses.

But 2022 is Canada’s first International Women’s Day on which building a universal child care system is officially on the agenda. This year, we have much to congratulate ourselves for, so we need to take a lot of credit and celebrate. Bouquets to all feminists who have carried the torch, and will continue to, for universal child care.