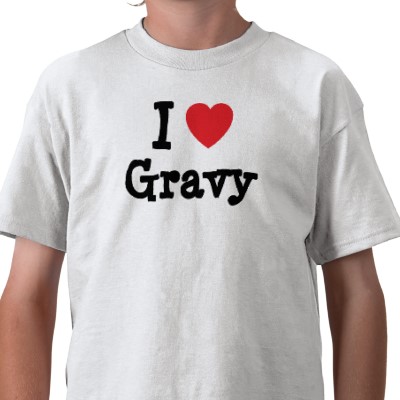 I'm sure I'm not alone in that young children and low income single mothers don't immediately leap to mind when I hear "stop the gravy train". "Stop the gravy train" elicits images of highly-paid executives or well-pensioned fat-cat employees drawing high salaries and not putting in a decent day's work. But for most Canadians, three-year-olds in child care, single mothers struggling to pay the rent and feed the kids, and notoriously poorly-paid early childhood educators would hardly seem to be cruising along on any kind of gravy train, even in the caboose.

The review was executed for the City by KPMG, a global management consulting firm whose methodology included an online survey and eight public consultations. Its basic premise is that it is desirable - even necessary - to identify some City services for elimination, privatization or contracting out in order to reduce Toronto's deficit.

The multiple reports cover a broad range of City services and functions - everything from child care to policing, fire fighting and emergency services, to parking fee collection. There are pages of management-ese and diagrams about the processes but only three or four limited statements offered to justify the "options" proposed for child care.

KPMG contends that child care in Toronto is being delivered at a level that "exceeds established standards", that "municipal operation of child care is not a traditional municipal service in many other jurisdictions" and "the municipal centres operate at higher cost and service levels than others". In fact, municipal-level operation of child care is the norm in many other jurisdictions - those with well-developed child care systems. And the municipal centres are expensive because they are among the handful of public and non-profit centres that pay salaries that come close to reflecting the value of the work. As well, they cater primarily to low income families and have special needs populations that are higher than most.

But that's it for the context, evidence and rationale mustered to justify these child care proposals. There's nothing about the known importance of quality for children's development or well-being, that the municipal centres are shown to be especially high quality, while research shows that "cheaper" for-profit operations are generally poorer quality. And KPMG doesn't even touch on the research by such respected economists as Fortin, Fairholm, Cleveland and Krashinsky that documents the all-around financial benefits to the economy of public spending on child care. Or on the fact that many, many families are desperate for quality child care so they can work or study. Or that the "average standard" of access to child care in Ontario falls far short of international benchmarks. Or that Toronto has especially high levels of newcomers to Canada and high child poverty rates.

Indeed, the KPMG report seems like awfully thin gruel on which to base significant policy and program changes that will profoundly affect families - not to speak of the fabric of Canada's largest city.

In the last few months, while KPMG was preparing the Service Review for the City, I was also examining child care funding in Toronto for a report that was commissioned by the City. This report, Funding the Future, is concerned with early childhood education and child care and its future under current Ontario policy and funding arrangements. It also makes recommendations to the City and the provincial government for changes to policy and funding arrangements.

It should come as no surprise that KPMG's child care proposals and mine bear each other no resemblance. My report is about strengthening child care, not undermining it. It urges the senior levels of government to play their respective roles in making early childhood education and child care viable but recognizes that the City of Toronto's authority and influence comes from its long résumé as a respected child care leader, not a child care reducer.

And here's some food for thought vis-à-vis child care as an economic issue. A recent article in the New York Times describes the secret of Norway's still-prosperous economy as based not only on its oil but on its egalitarian approach to working women, quoting the Prime Minister as saying "One Norwegian lesson...is that if you can raise female participation, it helps the economy, birth rates and the budget." But this must be well supported by generous child care and other family-supportive policies, as Danielle Venn, an OECD labour economist noted to the New York Times reporter: "These policies are expensive, but their cost is offset by the return in terms of female labor supply and tax revenues".

So hold the gruel and pass the gravy - but let's put a little more substance under the gravy. And while we're doing this, it would be good to be clear about who's on the gravy train and who clearly isn't.