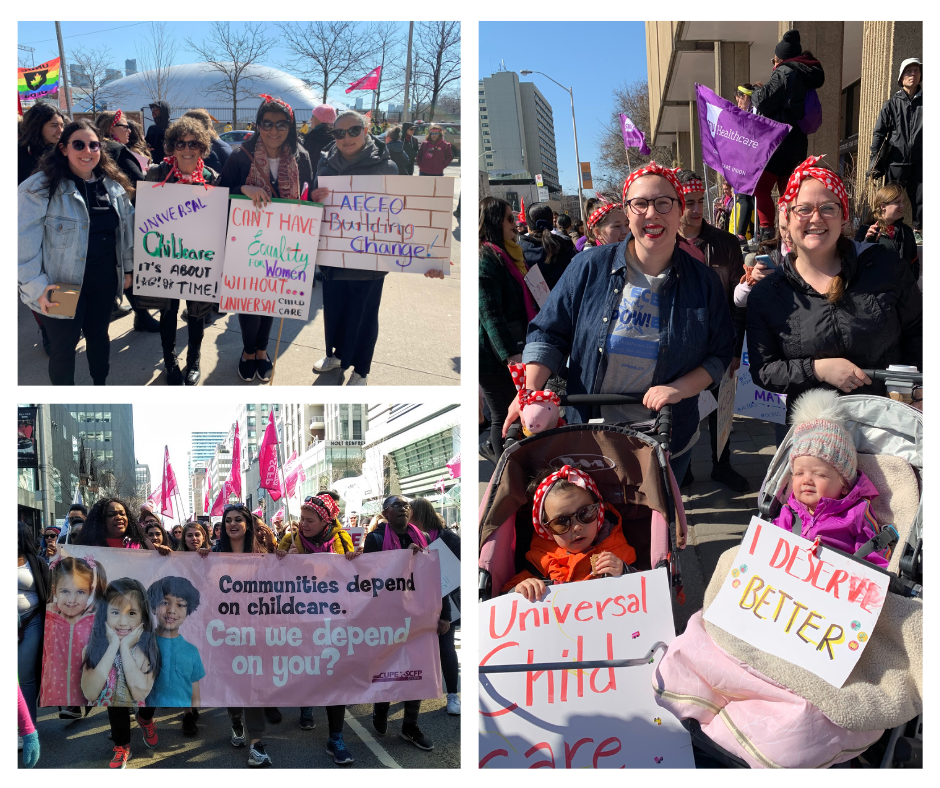 Primarily organized by labour and socialist movements, the first Women’s Day was held in New York City on February 28 1909. In 1910, the International Socialist Women’s Conference, lead by Clara Zetkin, a German delegate, resolved that Women’s Day would occur every year. It was celebrated for the first time in Austria, Denmark, Switzerland and Germany on March 19, 1911. Initially, there was not a set date in March for IWD, but March 8th was eventually adopted after it became a national holiday in the Soviet Union to commemorate the women’s “bread and peace” strike in Russia in 1917.

March 8th was declared International Women’s Day by the United Nations, which adopted a resolution to celebrate it in 1977, and is celebrated in many countries around the world today. 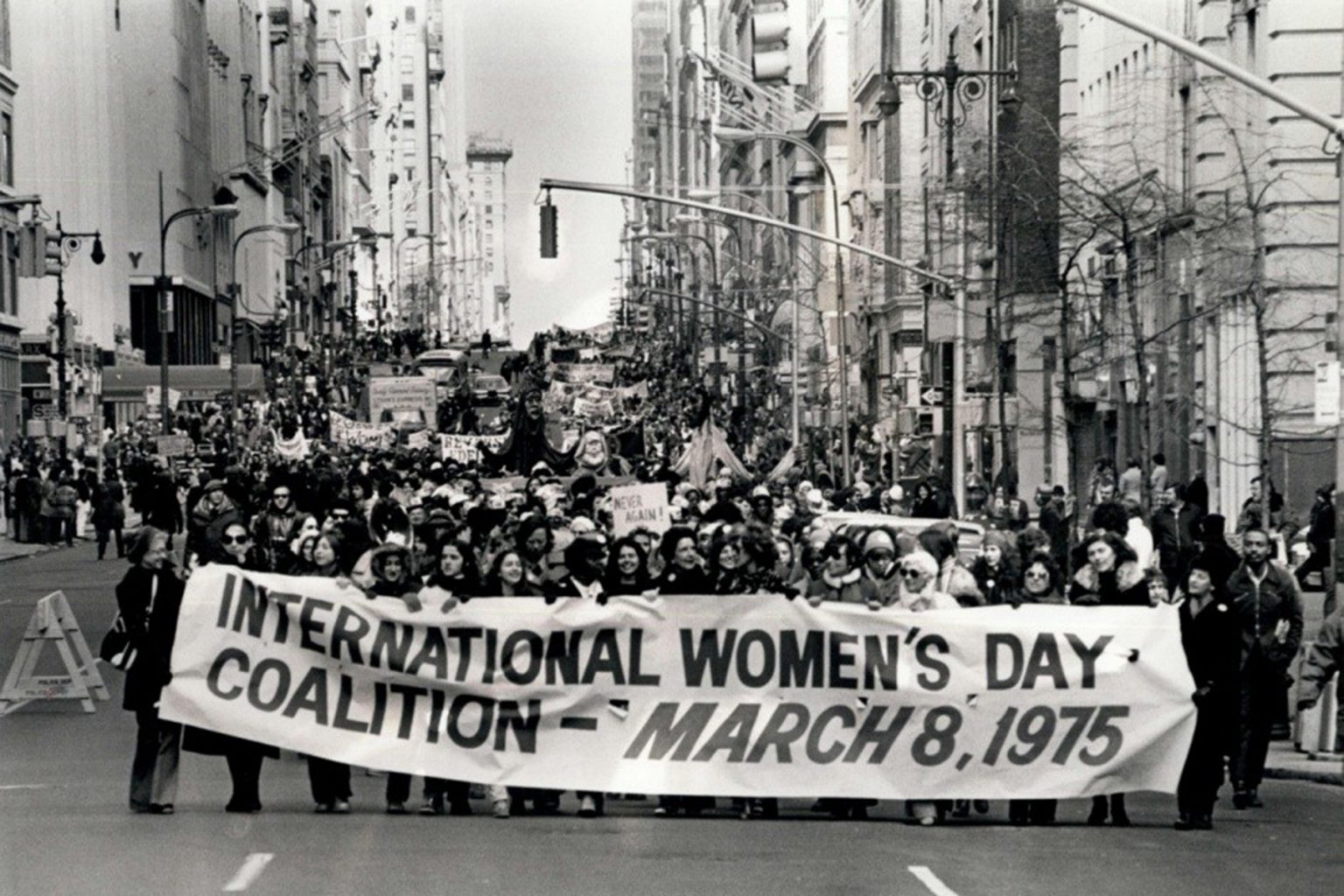 When universal child care began to be identified as a key feminist objective in the 1960s and 1970s, it became a demand in International Women’s Day marches and other feminist political actions across many countries.

Interesting fact: “Bread and Roses”, a song attributed to a textile mill strike in Lawrence Kansas in 1912, became an anthem of the women’s rights movement.

Video: Women of the World presents Bread and Roses

The history of International Women’s Day in Canada

Although Canada has a history of feminism that stretches back before the turn of the 20th century, International Women’s Day only began to be celebrated widely in Canada in the 1970s. At that time, universal child care quickly became one of the key demands, along with abortion rights, pay equity and ending violence against women. 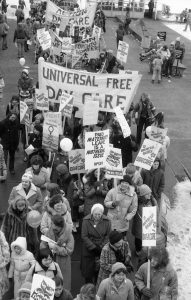 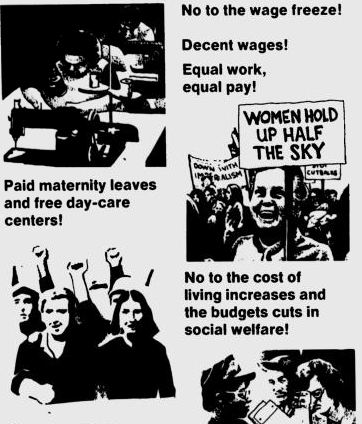 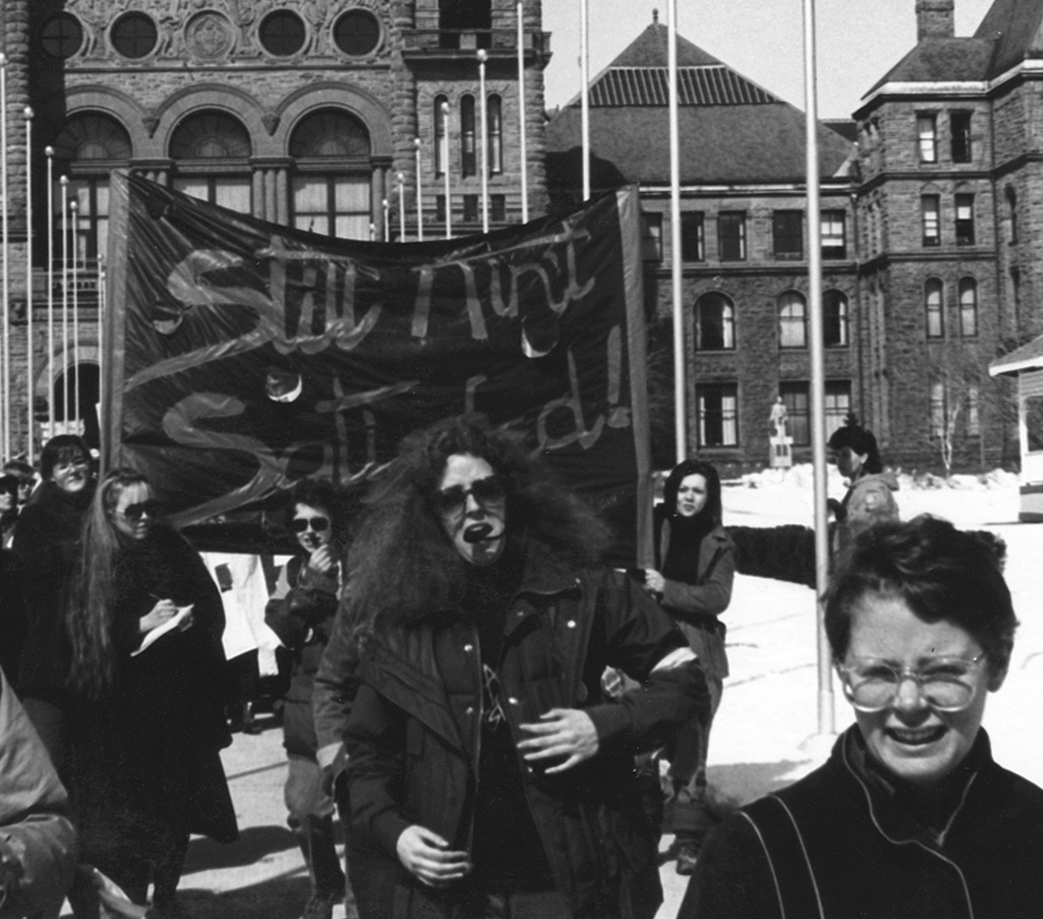 Today International Women’s Day in Canada is celebrated by marches and public events in cities across Canada every year, as it now is in most countries. Groups of all varieties use it as a time to make political demands for women’s equality and for women’s issues such as universal child care. 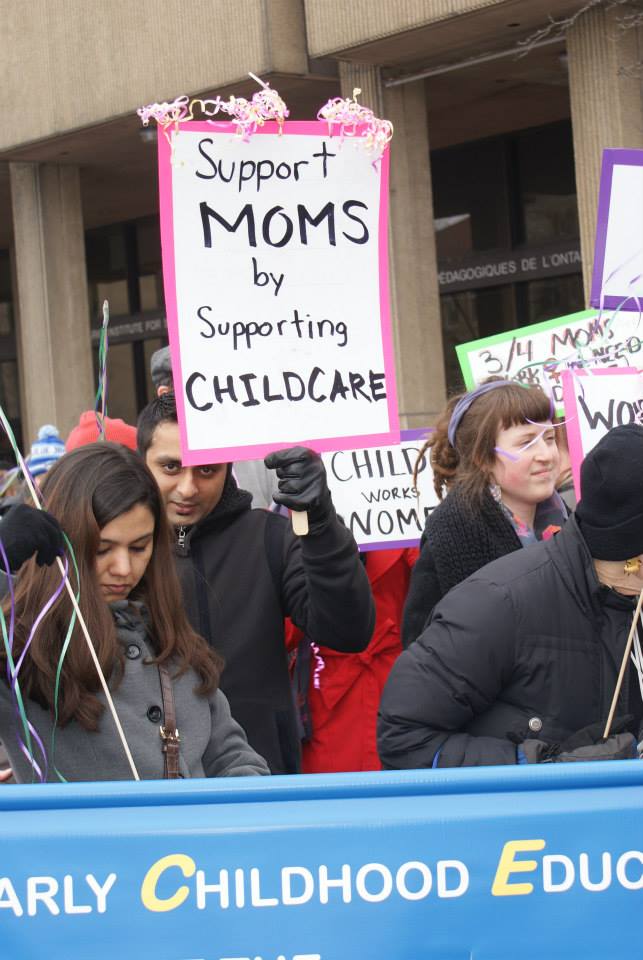 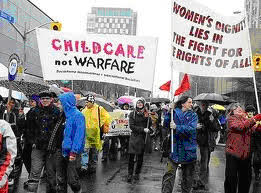 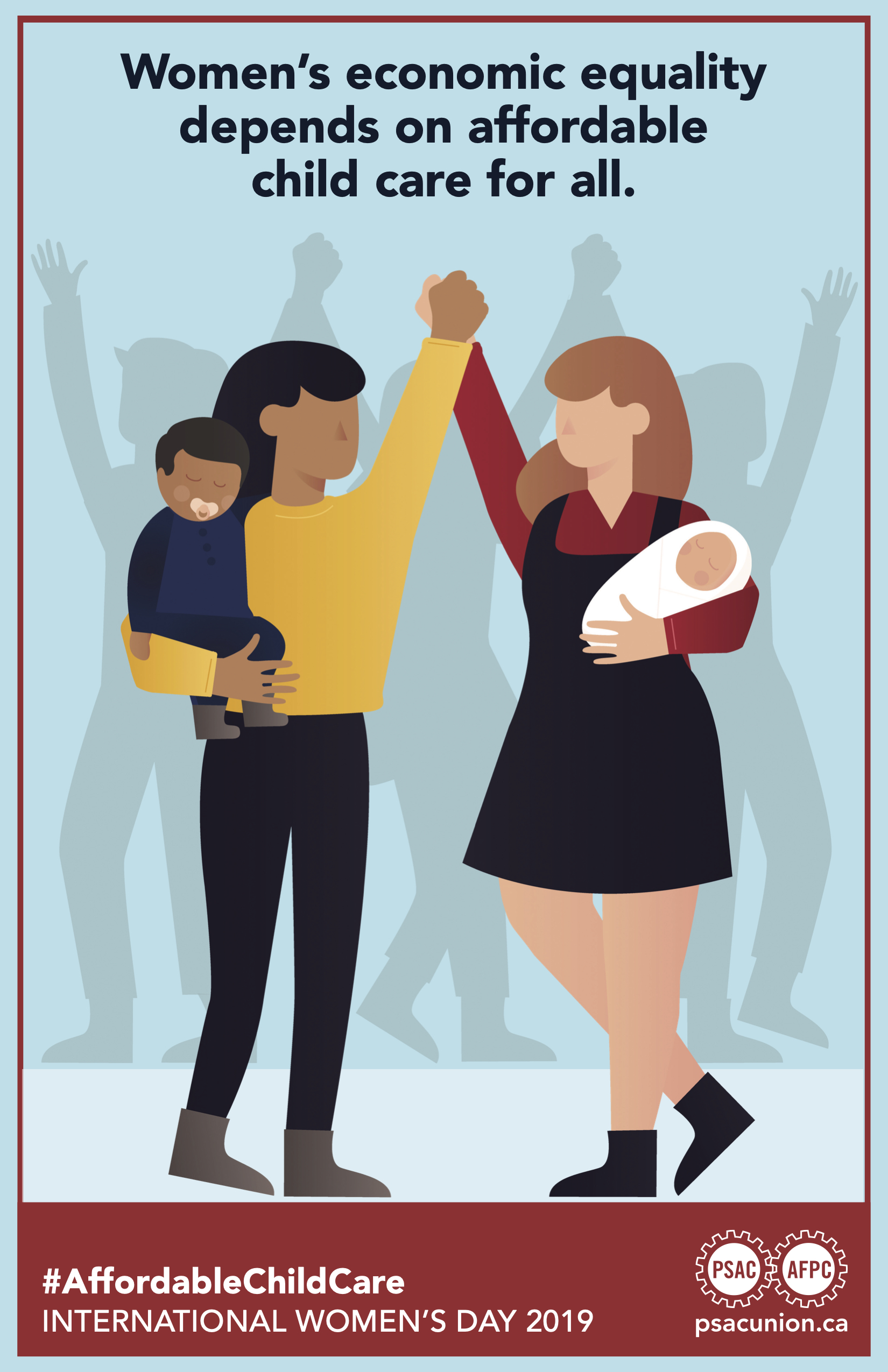 The Task Force on Child Care 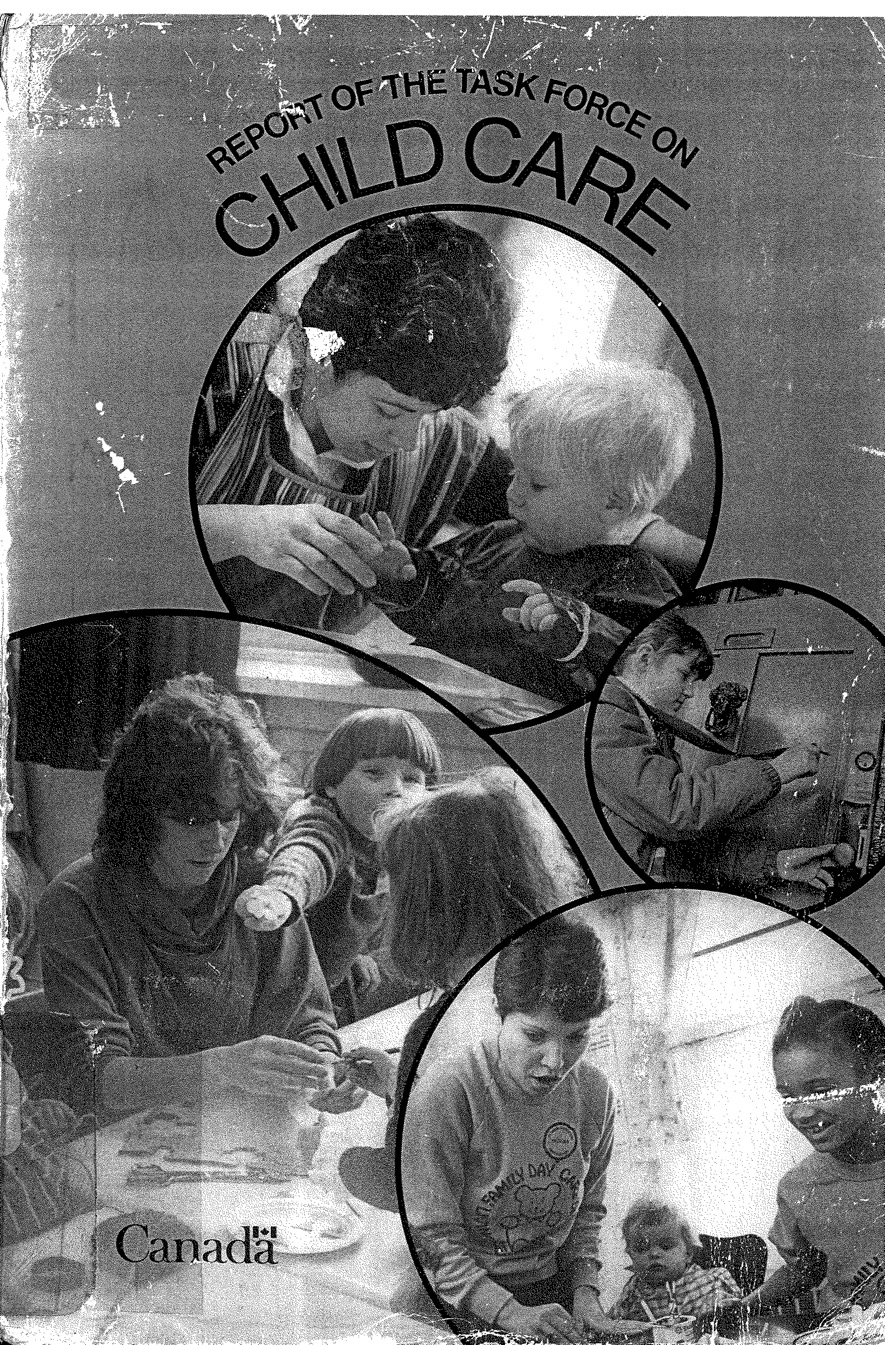 The Report of the Task Force on Child Care, Canada's only comprehensive federal child care report, was released on International Women's Day 1986. The Task Force on Child Care, known as the “Katie Cooke Task Force” was set up by Pierre Trudeau’s government in 1984 to report to then‐Minister Responsible for the Status of Women, Judy Erola.  Four members – all experts in their fields ‐ made up the Task Force: Katie Cooke, Jack London, Renée Edwards  and Ruth Rose‐Lizée. The task force members initiated 25 background research projects, collected information about family policy in 20 countries, solicited responses from parents through a flyer in the October 1984 Family Allowance cheque, and had 7000 parents and more than 200 organizations make submissions to the group with visits and hearings were held in five cities.

On International Women’s Day in 1986, the Minister for the Status of Women for the Progressive Conservative government of the day held a press release to mark International Women’s Day by releasing the first, and only, federal study of the need for child care. Minister McLean said:  “As we look at this Report, we have our eye on the year 2000. I’m personally committed to finding a workable solution to Canada’s childcare challenge” (Globe and Mail, 1986).

The 400 page final report called for “complementary systems of child care and parental leave as comprehensive, accessible and competent as the health care and education systems”. This universal system of care would have affordable parent fees, be designed and managed by the provinces under national standards and would be built through a gradual increase in the supply of regulated child care until the year 2001 when it would serve all children and families.

Despite their initial enthusiasm, the change in government to the Mulroney Conservatives marked a shift in priorities and 35 years later, most of the report’s recommendations have still not been acted upon.

For more information on the Task Force, see CRRU’s 2006 briefing note It was twenty years ago today...March 8, 1986 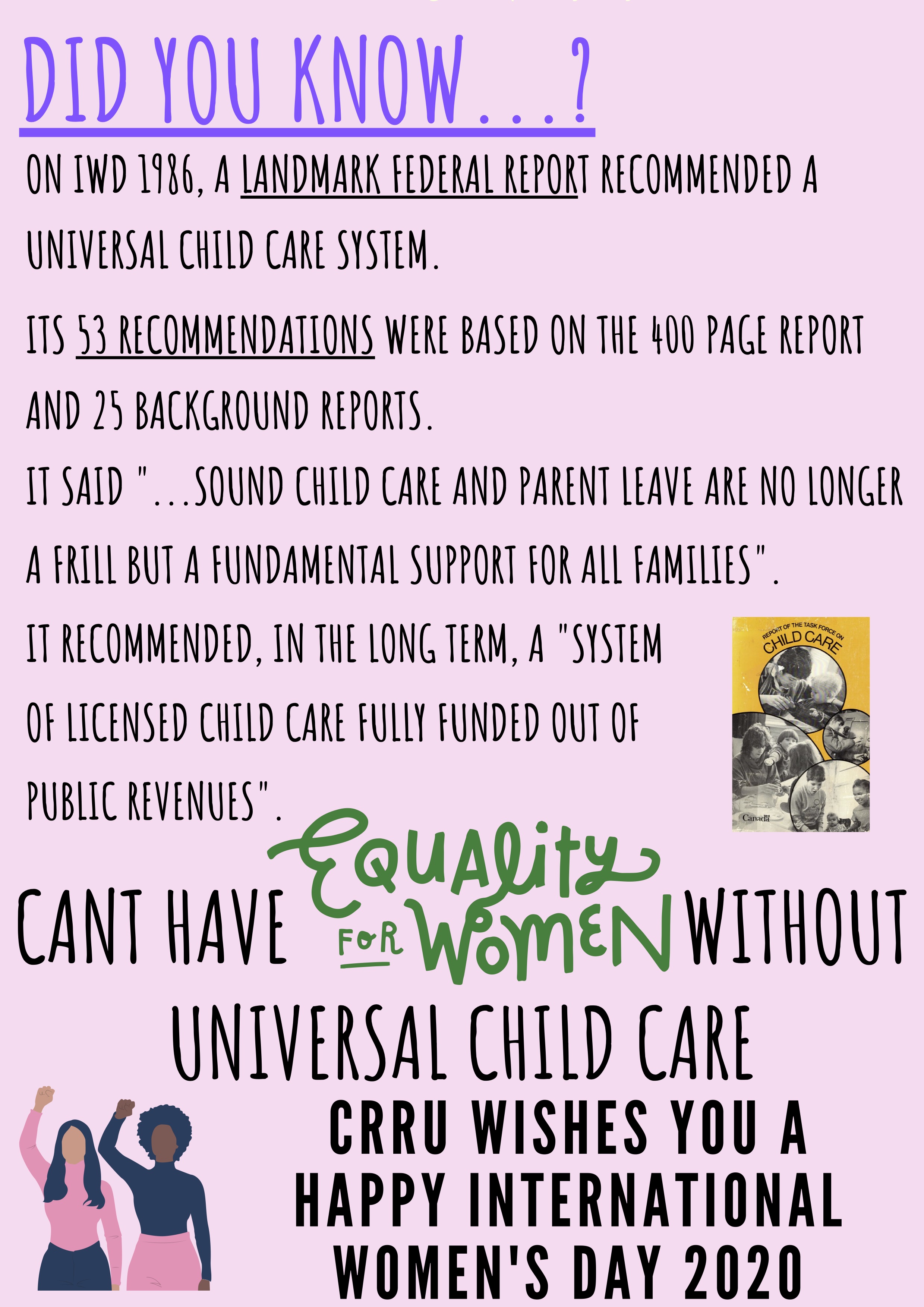 Report of the Task Force on Child Care

Status Quo? The Unfinished Business of Feminism in Canada

A struggle to remember: Fighting for our families