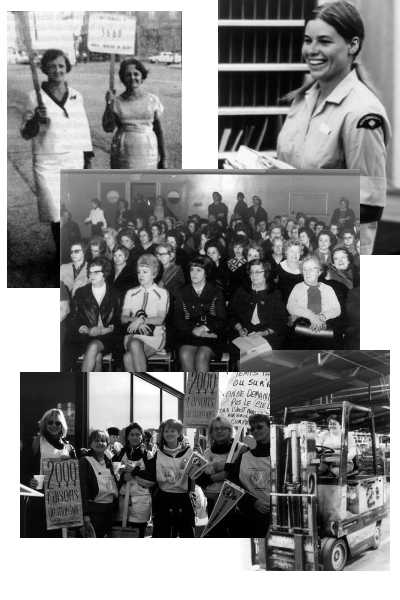 As the Canadian Union of Postal Workers has been locked in down-to-the-wire strike talks with Canada Post, many Canadians have forgotten that it was the fight for paid maternity leave that kept postal workers walking the picket line for 42 days in 1981. As a result, CUPW became the first national union to win a settlement for paid maternity leave - topping up to 93% the 15 weeks of benefits at 60% of earnings the federal government had begun paying to eligible new mothers (with 20 weeks of insurable earnings) in 1972.

The 1981 postal workers' historic settlement led the way for other unions to bargain for similar settlements for employed mothers. In 1989, the federal government added parental leave benefits and in 2001 the combined maternity-parental benefit period was doubled to 50 weeks. But the level of benefits available to most parents not only failed to rise but was reduced by the federal government, as workers' benefits through the Unemployment Insurance program (of which they were part) were cut.

Canada is chided by organizations such as UNICEF for being maternity-parental leave deficient. The 93% of wages for which CUPW went on strike in 1981 is much more the international norm than the 57% Canada now pays to new mothers; many countries - even developing countries - pay maternity leave benefits of 80, 90 or even 100% of wages. Studies such as a 2007 analysis published by the UK's Department for Business, Enterprise and Regulatory Reform link inadequate benefit levels to low take-up by low income parents who cannot afford to stay home for the full period.

Today the issue of the duration, payment and eligibility for maternity and parental leave is understood to be a rights issue for children and parents, a gender equality issue and a social justice issue. Canada's weak maternity/parental leave provision is consistent with our meager provision of family policy and supports - early childhood education and care, child benefits, affordable housing, parental time provisions and other family supports - more generally.

After 1981, the postal workers' union has continued to take up and pursue social justice issues, winning both same-sex benefits for its members and the CUPW Child Care Fund in the mid 1990s. Today the CUPW Child Care Fund continues to support postal worker families with child care, continuing to develop and seek out the kinds of innovative child care solutions that should be part-and-parcel of a Canadian child care system for all families.
So thank you, CUPW sisters and brothers, for walking the picket line for improved maternity leave and continuing to fight for social justice. It was the right thing to do in 1981 and would be the right thing to do today.

Too bad it hasn't yet become the norm for Canadian families.