Hamilton: Not the best place to raise a child

Despite the slogan, Hamilton is not the best place to raise a child.

It has been almost 10 years since the Hamilton Poverty Roundtable set the goal of making the city the best place to raise a child and Hamilton adopted it in its strategic plan.

Yet statistics show little concrete progress towards achieving that goal. Kids are still going hungry, income inequality is vast, and almost one in every four Hamilton children are still living in poverty.

The facts are stark:

The number of families with a new baby considered to be at risk for developmental challenges is rising.

The need for school nutrition programs has grown, but local funding hasn't grown along with it.

Hamilton's public school system consistently lags behind the province, with graduation rates and local EQAO scores are below the Ontario average.

And now, after over $1.3 million in contributions since 2005, the province is cutting funding to Hamilton Best Start network, leaving the child-focused program with fewer dollars after 2016.

But do statistics tell the whole story? Both the city and Best Start point to a number of worthwhile initiatives created in the last decade to improve child well-being in the city, and say Hamilton is a more child-friendly place than it was 10 years ago. So why isn't that showing up in the numbers?

As part of a three-part series, CBC Hamilton will examine the statistics behind Hamilton's child well-being issue, talk to experts and those involved about what efforts are in progress, and explore what society needs to do to truly make Hamilton a better city in which to raise children.

Here's what we know, by the numbers. 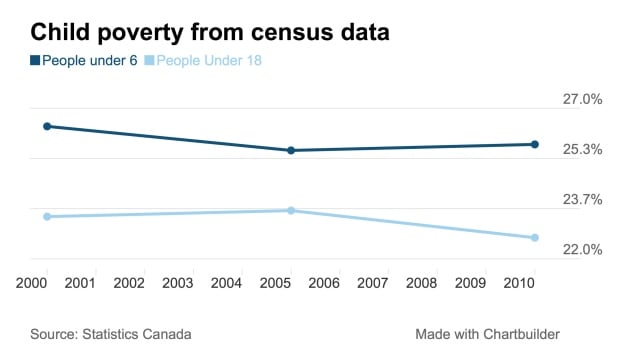 Since the long form Census was scrapped, the city now has to use the low-income measure for people under the age of 18 from Taxfile Canada, which isn't as precise. That number bounces around a little more, but is still in a similar range. 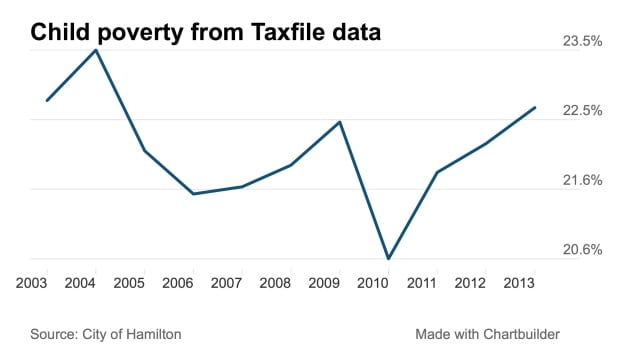 Hamilton isn't beating child poverty. There are almost as many people under 18 in the city who are poor as there were over a decade ago.

The city measures "child vulnerability" through the Early Development Instrument (EDI), a tool that measures a range social, mental and emotional factors to rate overall school readiness in kindergarten students and highlights how many children are lagging behind.

That vulnerability rate has hovered around 26 per cent since 2005 – which is above the provincial average. 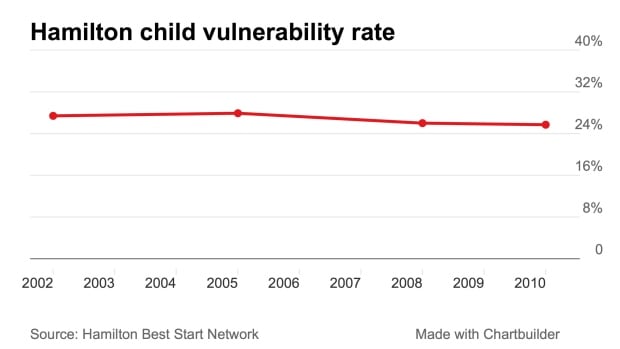 The city and Hamilton Best Start says reducing that vulnerability level would be a success – and that hasn't happened.

Graduation rates from Hamilton's public school system are below the provincial average, though officials say they have been improving. The Catholic board meets the provincial standard. 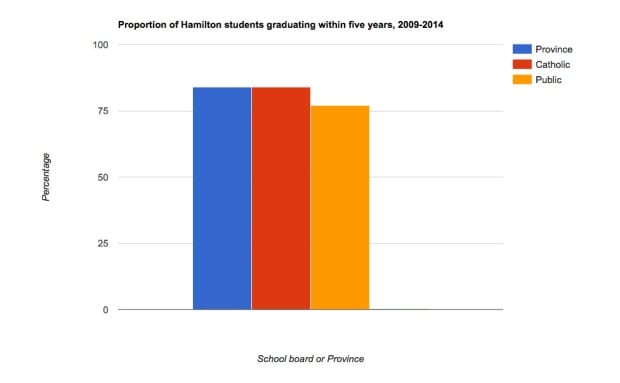 The number of families with a new baby considered at risk for developmental challenges has spiked sharply in recent years. This measure evaluates the infant's health, as well as other family and health factors, including the mothers' age and if she smoked during pregnancy. 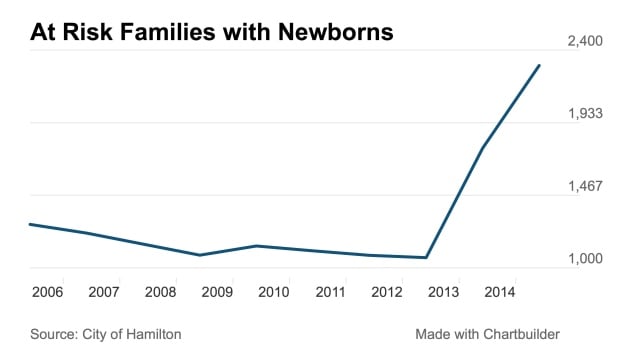 The Tastebuds student nutrition collaborative has been growing steadily in recent years, but so has the need for its programs.

The province funds 15 per cent of Tastebuds' programs, while the rest is fundraised by the organization itself. Unlike Toronto, the city doesn't fund the program at all – though organizers have been pushing for it to be included in the city budget for four years.

The city's licensed childcare capacity has grown by over 4,000 spaces since 2011, but the number of families and children served by subsidies hasn't grown to match.

Longtime school board trustee Judith Bishop maintains that childcare spaces are not evenly distributed, with rural and inner city areas under-served. The 2013 Ontario Municipal Benchmarking Initiative shows licensed child care spaces in Hamilton were below the Ontario median, with only Waterloo and Windsor having lower percentages.

Hamilton does, however, have the second highest percentage of subsidized childcare in the province after Toronto at 23 per cent – but that number has dropped from 27 per cent in 2012, the largest such drop in the province.

Wait lists for childcare subsidies have shrunk considerably, dropping from 1,347 in 2012 to just 144 in June — something the city says is a great success, attributing it to increased provincial funding and the implementation of all day kindergarten. 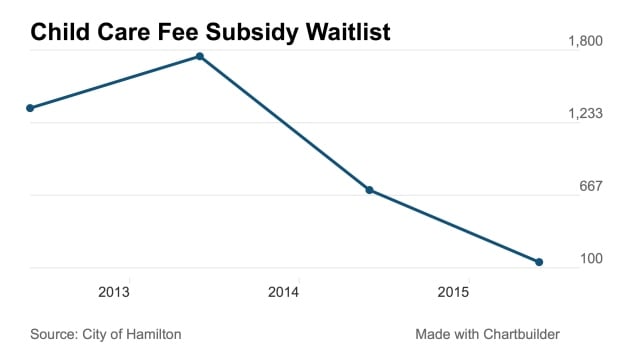 Almost totally across the board, the Hamilton-Wentworth District School Board lags behind the provincial averages for EQAO testing.

There have been improvements – largely in reading and writing – but test scores in math have been getting worse.

In most cases, the Catholic board is either at the provincial standard, or just slightly above or below it.