SUDBURY -- With less than two weeks until school resumes, Sault Ste. Marie Mayor Christian Provenzano called out Ontario’s education minister, Stephen Lecce, on his claims that the province is doing everything it can to protect students.

The mayor took to Twitter on the weekend, blasting Lecce, saying in part that the funding being promised to help schools deal with the pandemic isn't enough to meet the demand for things like hiring more teachers or the necessary infrastructure. 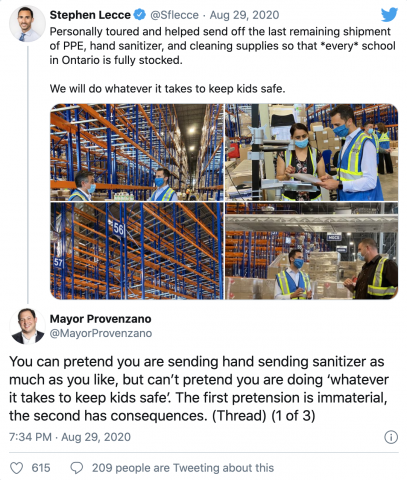 Provenzano's comments are in response to the minister saying he helped send off the last required personal protective equipment (PPE) to schools across the province. 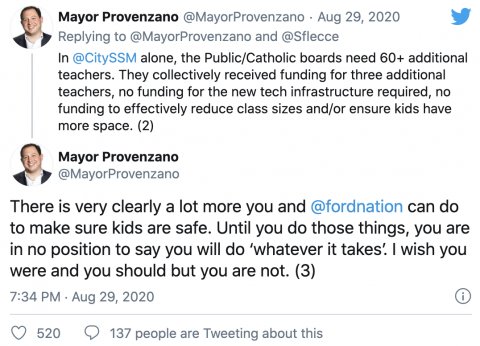