Campaign 2000: Twenty years of fighting for action on child poverty 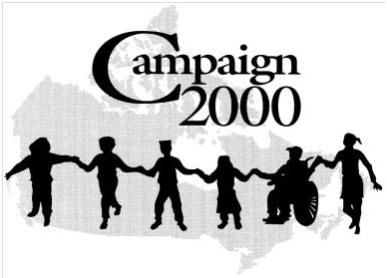 "That this House express its concern for the more than one million Canadian children currently living in poverty and seek to achieve the goal of eliminating poverty among Canadian children by the year 2000." - House of Commons, unanimous all-party resolution, November 24, 1989.

"We are committed to promoting and securing the full implementation of the House of Commons Resolution of November 24, 1989." - Commitment by National and Community Partners Campaign 2000, November 24, 1991.