This collection organizes news and analysis to inform about the federal government's expansion of the Universal Child Care Benefit. The UCCB, initiated by the Harper government in 2006, was substantially increased January 2015. The expansion money for January-July was sent to parents on July 20 in the form of a substantial checque.

“With the cost of child care upwards of $1200 a month, parents know that their benefit cheque is a drop in the bucket...If sending out the money months before an election is a way to buy parents to the side of the Conservatives, it is not going to work. Parents need real help in the form of affordable quality child care spaces.”

Nearly $9-million dollars being given to London parents through universal child care benefit payment
AM980, 20 Jul 2015

It may be universal, but the new child care benefit doesn't benefit everyone equally
Financial Post, 21 Jul 2015

What you need to know about the Universal Child Care Benefit
MacLean's, 18 Jul 2015

Questions and answers to the federal government's hike to the universal child-care benefit
The Province, 21 Jul 2015

Universal Child Care Benefit: What you need to know about these new payments
BNN, 22 Jul 2015 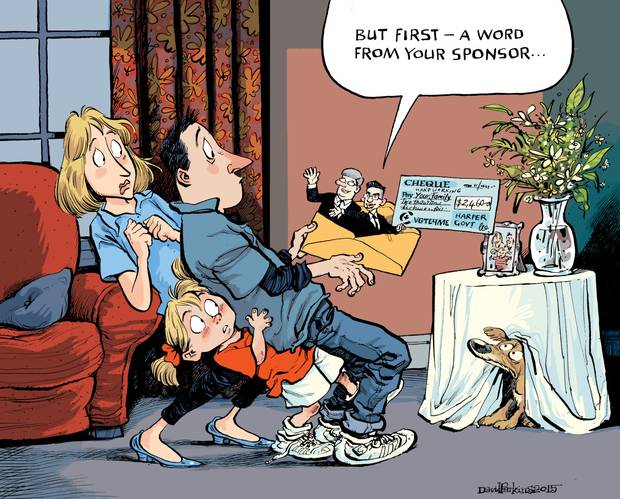 Before the enhanced UCCB payments were sent to famililes across the country, the CRRU collected a number of reports about the UCCB at different points in time. A number of them can be found below.

PBO report confirms that the Universal "Child Care" Benefit is neither child care nor much of a benefit
Office of the Parliamentary Budget Officer, 31 Mar 2015

More than a name change: The universal child care benefit
Caledon Institute of Social Policy, 10 May 2006