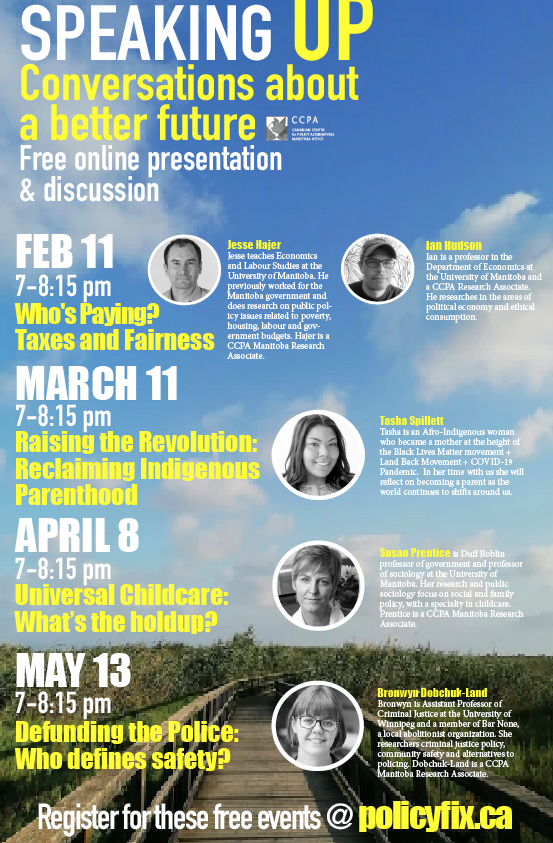 Just one in four Canadian children has access to regulated childcare, despite at least seven decades of advocacy for childcare services. Successive federal governments have promised – and then failed – to establish a national system. What explains why childcare services are so under-developed? What is required to build the system that Canadian women, children, and families need so badly? In short: what’s the hold-up on childcare?

Susan Prentice is Duff Roblin professor of government and professor of sociology at the University of Manitoba. Her research and public sociology focus on social and family policy, with a specialty in childcare. Prentice is a CCPA Manitoba Research Associate