Child care in Manitoba should be universal, like public schools, instead of using the current funding model, which makes child care less accessible for lower-income families, says a research paper by a University of Manitoba professor.

The paper by sociology Prof. Susan Prentice was released by the Canadian Centre for Policy Alternatives ahead of the provincial government's throne speech Wednesday, which the CCPA expects to include changes to child-care policies.

"Manitoba has the ability to do right by children and families, and to grow our provincial economy by moving to a system of more affordable child care," wrote Prentice, who is also a research associate for the CCPA, a left-leaning think-tank.

"This will be a boon to families and a benefit to the economy."

Child care should be provided using a fee scale from free to $27.20 a day, based on a family's net income, Prentice argues in her paper Progressive Pricing: Making Childcare More Affordable in Manitoba.

In 2019, the province commissioned accounting firm KPMG to review its early learning and child-care program with the goal of making the sector more efficient. In September, a government spokesperson told CBC News that it had received a draft of the review and was looking over the recommendations.

Manitoba has the lowest child-care fees in the country outside of Quebec, but that doesn't mean child care here is more affordable, the paper says.

Operating funding from the Manitoba government has been frozen since 2016, so the provincial money today is worth at least six per cent less than four years ago, due to increases in the cost of living, the paper says.

As a result, child-care facilities have to rely more on parent fees to get by, Prentice says. Parent fees make up 58 per cent of child-care funding in Manitoba, her paper says.

The provincial government sets the maximum fee that funded, licensed child-care facilities can charge per day based on the number of hours of care and how old the child is, although unfunded and unlicensed daycares can set higher fees. The maximum fees were last changed in 2013.

Four to 10 hours of infant care costs $30, while preschool is $20.80 per day for the same amount of time, say figures from the provincial government. 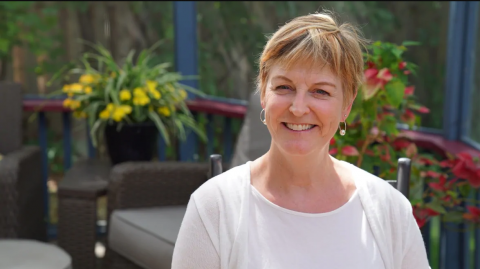 The price for school-aged children varies between $10.30 on school days to $20.80 on non-school days, such as professional development days.

The parent fees in 2020 are less than those in 1986, when adjusted for inflation, the paper says.

Over 58 per cent of Manitoba families spend more than 10 per cent of their net income on child care, Prentice says.

Half of all parents using child care received a subsidy 20 years ago, Prentice said. That figure has dropped to 17 per cent in 2020.

"Despite the fact that Manitoba subsidizes some fees, most low-income parents in Manitoba are priced out of child care today," Prentice says in the paper.

The maximum child-care fee subsidy drops the daily price down to $2 per day, per child, but the subsidy is only applicable to licensed early learning and child-care facilities. The subsidy amount is based on net income, according to the province.

A single parent with one child, living in Winnipeg, must have a net income of roughly $10,000 below the poverty line to be eligible for Manitoba's maximum child-care fee subsidy, the paper says. A family with two parents and two children must have a net income between $15,779 and $23,743 below the poverty line to qualify for the maximum fee subsidy.

Only 2.7 per cent of families qualified for the maximum subsidy in 2017, Prentice says.

To make child care more affordable for more people, Prentice recommends getting rid of the various daily fees and the subsidy, and replacing it with a different scale of fees based on a family's income.

The scale would start at nothing and work up to a maximum of $27.20 per day in 2020, regardless of a young child's age but pro-rated for school-age children.

A family's child-care fee would be calculated based on their previous year's tax return, the paper says.

"We propose that families living in poverty should not be required to pay any child-care fee," wrote Prentice.

"Most researchers and social policy advocates agree that no family below the [market basket measure] poverty line should be expected to pay any cost for child care."

In the paper, Prentice compared current child-care costs for various income groups versus costs with the new fee and a threshold between five and 10 per cent of family income.

The amount of public funding allocated to child care would have to be increased to maintain current budgets, the paper says, but that spending would be offset by more parents being able to work and pay more taxes.