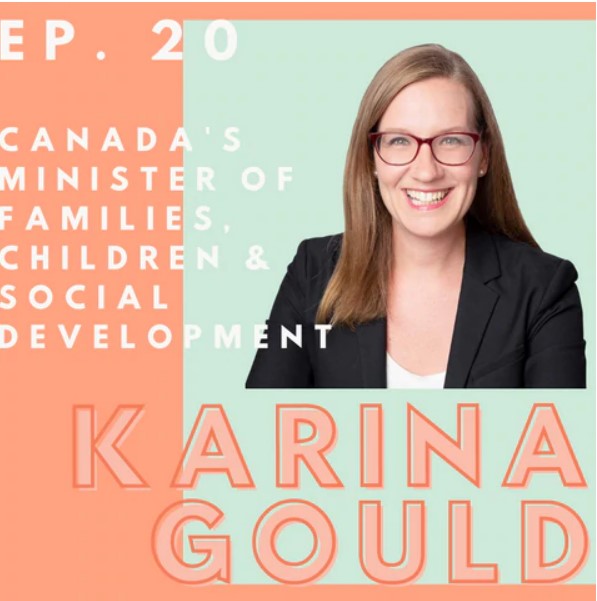 In Episode 20 of Ellected, host Sarah Elder-Chamanara sits down with Canada’s Minister of Children, Families and Social Development and MP for Burlington, Karina Gould. They get really personal, really fast sharing birth stories, getting into the details of the multi-billion dollar child care agreements signed with every province and territory, and chat about being a woman in politics – including Gould describing the moment she told Prime Minister Justin Trudeau she was pregnant after being appointed to cabinet.

The Honourable Karina Gould was first elected as the Member of Parliament for Burlington in 2015. She has previously served as Minister of International Development and Minister of Democratic Institutions.